Click link to check out our awesome feature in Vamp Magazine!

Retail Realities: Shoe Be Do in New Orleans 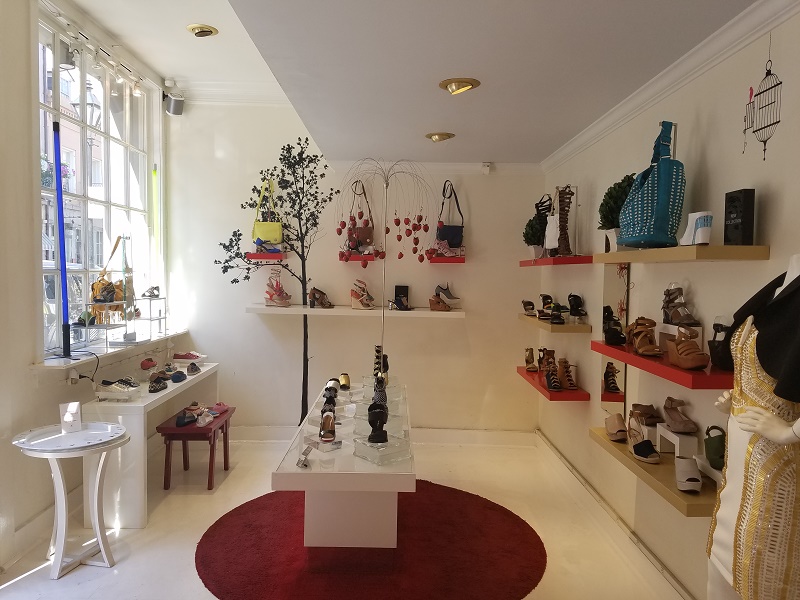 Salacious nightlife, iconic architecture and colorful characters are not the only things New Orleans and Amsterdam have in common. Both share a love for the eclectic shoe brand United Nude.

The Amsterdam-based footwear brand helped put Shoe Be Do, a seven-year-old New Orleans shoe boutique owned by native New Yorker Andre Noujam, on the radar of Nola fashionistas by being the first in the area to stock the forward-thinking brand.

Ricky Rinker, Shoe Be Do manager, said United Nude has been the store’s bestselling brand ever since Noujam discovered it during a trip to Dutch capital. “It’s easy to be unique and gaudy, but it isn’t easy being unique and classy and that’s what you get with United Nude,” he explained.

Having worked at Shoe Be Do for six years, Rinker has witnessed its evolution from being a safe comfort shoe store to a shoe emporium chock-full of clever designs, including Julian Hakes’ ‘Mojito’ heel, Kat Maconie’s colorful silhouettes and United Nude’s mind-bending styles.

“Ever since Andre found United Nude, he’ll go somewhere once a year, like Brazil or Spain and try to discover something new to bring back to the U.S.,” Rinker said. “We look for brands that have very limited distribution.”

Some of those international gems have been Altura Siete from Mexico, 1803 from Portugal, Uwezo from Kenya and Ethem from Turkey.

Global eclectic works for the French Quarter store. “We offer a selection that’s different from what other stores do. There’s nothing quite like [Shoe Be Do]. I don’t mean to sound arrogant, but it’s kind of true. A lot of other stores tend to do all evening shoes or all comfort shoes,” Rinker said. “We’re not going to be the place you come to for a basic black shoe.”

And for that reason, the boutique doesn’t have an average customer, drawing a broad range of ages and style preferences. While locals tend to avoid the French Quarter because it’s pricier and difficult to park, Rinker says the store gets a lot of regulars who frequently travel to New Orleans. “We get a lot of shoppers from Houston, oddly enough. They keep saying we should open a store there but why are they always here if Houston is so appealing,” he joked.

In addition to traveling abroad, the store determines its buys by attending national shoe shows, visits with brand reps and fielding emails, which is how Rinker discovered Irregular Choice. The store will begin to stock the quirky British brand this spring, which should make one celebrity customer, who helped by playing matchmaker, happy.

British label, Kat Maconie, is another recent addition that Rinker said has been garnering a lot of attention at Shoe Be Do. “We’ve been carrying the brand for going on three seasons. The one thing is that [Kat] really listens to the feedback from her customers and the businesses she works with,” he said. “The shoes are fitting better and they are more comfortable. She’s really on top of it and her rep is amazing.”

In 2015, Shoe Be Do opened a second location in Savannah. The Georgia location stocks many of the same brands, but tamer styles. “Their clientele is very different, more conservative and comfort oriented, but the people in Savannah are a lot more willing to spend several hundreds of dollars,” Rinker said.

The Big Easy goes for bold and for spring, Rinker sees two trends coming on strong: black and white Mod-inspired footwear, and colorful “Lisa Frank” style shoes. “The two trends are actually the exact opposite of one another,” he quipped. Fringe is falling to the wayside, as well as styles that require a lot of lacing. “People like the style, but they don’t have the time to deal with lacing the shoe up their leg,” he said.

Rinker also sees room for more fashionable flats. “I feel that the gap between fashion and comfort is coming closer. It will happen,” he said. “People love high heels, but they want high fashion that feels as good as comfort.”

Feeling comfortable in one’s skin is part of New Orleans’ welcoming culture. “I’ve lived here for most of my life and anything goes. You can wear Crocs and a ballgown—I literally saw this on the bus—and no one will bat an eyelash. All kinds of people come here to buy shoes. I have men buying women’s shoes, but that’s the thing about New Orleans,” Rinker said. “As weird as you are somewhere else, you’re normal here.”